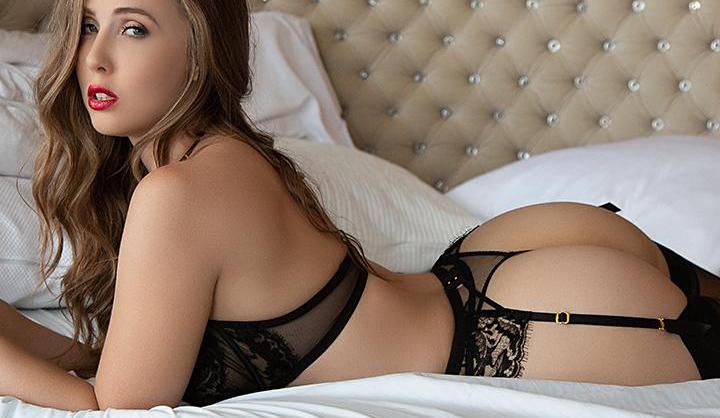 The folks over at FL have unveiled their brand new Lena Paul Fleshlight.

The sleeve has a brand new texture called Nymph thats hints at Lena’s noteworthy reputation as a nymphomaniac with an unending sexual appetite.

If you’re not familiar with her, Lena Paul is an all-natural hottie with 32DDD breasts and a body to stare at. She’s just 5″ 4′ so those spectacular breasts make an impression against her 25 inch waist and blue eyes while she delivers outstanding performances as an adult actress after starting out as a cam girl.

In fact, while growing up Lena didn’t like the unwanted attention that came with assets like hers but in her 20s she went wild and embraced all her fantasies.

So how could we resist the opportunity to go inside this buxom brunette with a reputation like that?

The first thing I noticed upon entering the Nymph sleeve is that it’s made up of several distinct chambers. In fact, it’s designed so that every one wil leave you wanting more.

The sleeve appears to be designed with an additional suction enhancement that seems to tug at you with every stroke and simulates the feeling of real sex extremely well.

After a wider chamber in the center, for a breather, the pleasure nodes and dots heighten arousal near the end to amplify your climax and make sure you finish off with a bang.

I have to admit, I was rearing to go again right after I released my load in Lena Paul. This is definitely made to amplify and intensify from the moment of entry to climax.